Sriwittayapaknam School was founded in July 1955 by Mrs Sawaiwong Sooksri. The school today is run by her three daughters. They are known by their nicknames: Tui (too-ee), Nui (noo-ee) and Nid. Tui is married to Pia (beer) and they have two children: Mai and Pui (boo-ee). Nui is married to Lucky and they have two children: Game and Sorn. Nid doesn’t have any children. Both Tui and Nui and their spouses live at the school. Nid lives outside and you probably won’t see her much. Nui, who is the school director, is the person you will most likely see daily.

This is Tui. She is the eldest sister and so the Big Boss. You will probably only see her sometimes. Certainly not every day. She likes cooking food for the foreign teachers. 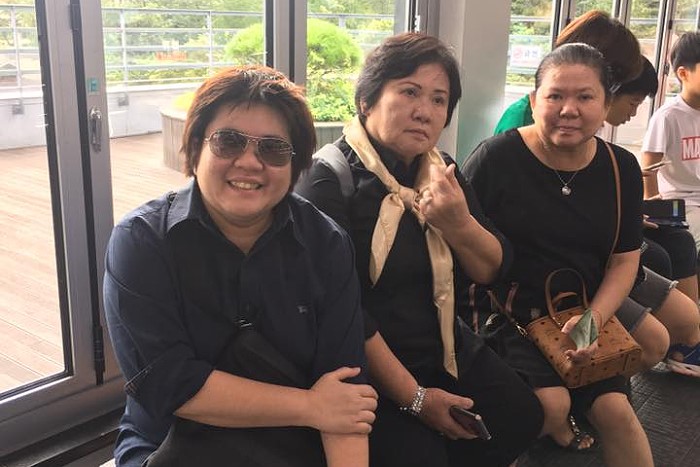 This is Pui, Tui and Nid. Pui is the daughter of Tui. Nid is the youngest sister of Tui and Nui. She lives outside and so you won’t see her much.Pui also lives outside but she comes most days. She is the third generation and at some point will take over control of the school. 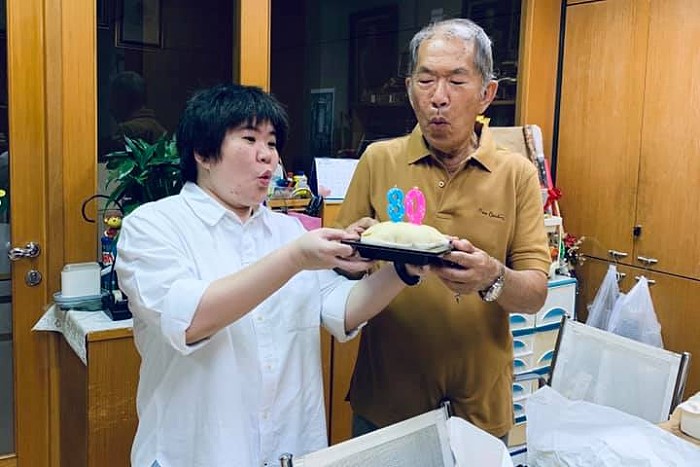 This is Pui again with her father Pia. He is retired and you might see him pottering around the school. He likes tending the plants. Pui speaks perfect English as she was educated abroad, but her father doesn’t. 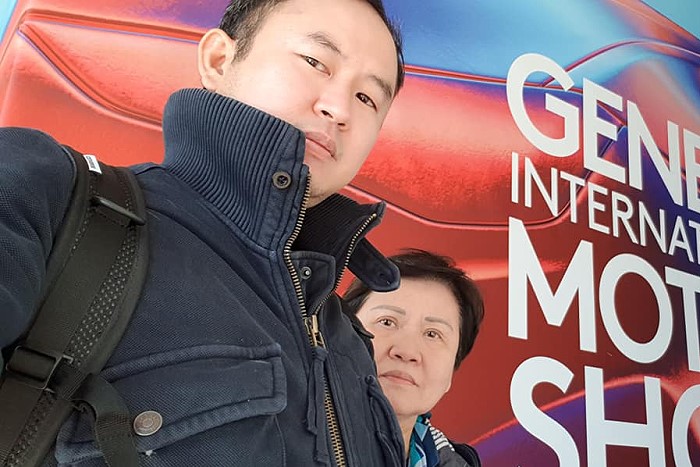 This is Mai who is the son of Tui and Pia. He lives in the school and has a desk in the main office. Like his sister, he was educated abroad and speaks perfect English. He will run the school in the future. At present, he runs Biz Ed Co., Ltd. which is the support staff for the school including kitchen staff, janitors and van drivers. 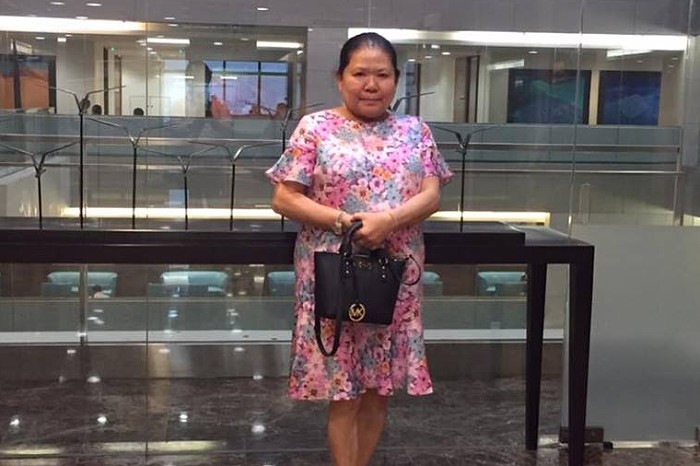 This is Nid, the youngest of the three sisters that run the school. She lives outside. 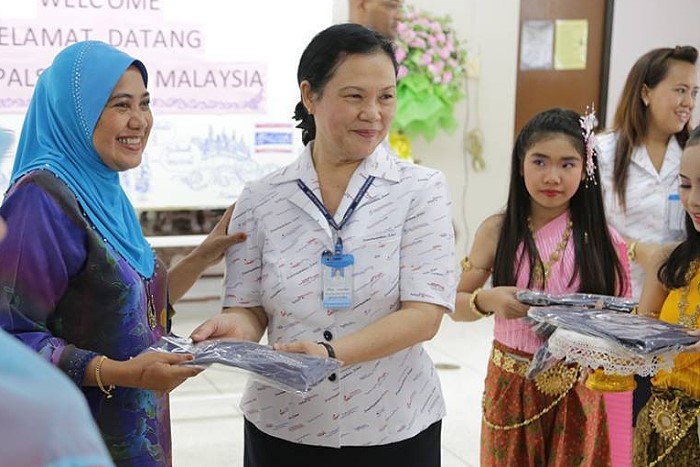 This is Nui and she is the school director. You will meet her the most. 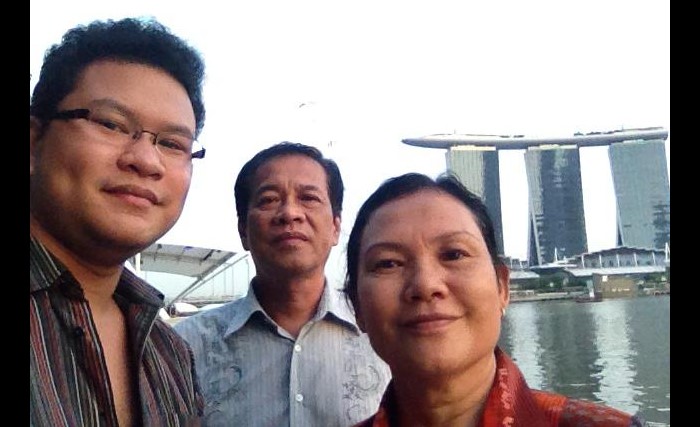 This is Nui with her son Game and husband Lucky. Game was educated abroad and used to work for international companies and so speaks perfect English. He lives outside of the school but you will see him on most days. He has a desk opposite his cousin Mai in the main office. His father is also very proficient in speaking English. He goes to work in Bangkok and you might see him walking to his car around mid-morning. Nui and Lucky live on the 6th floor next to the computer center. 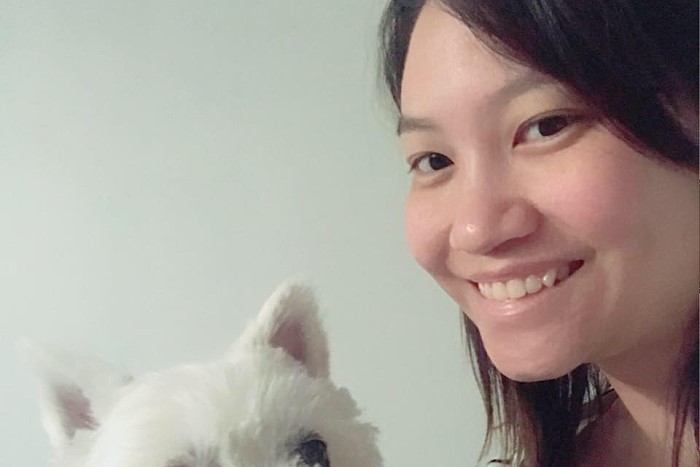 This is Sorn, the daughter of Nui. I don’t think she will come to work at the school and you probably won’t see her at all. 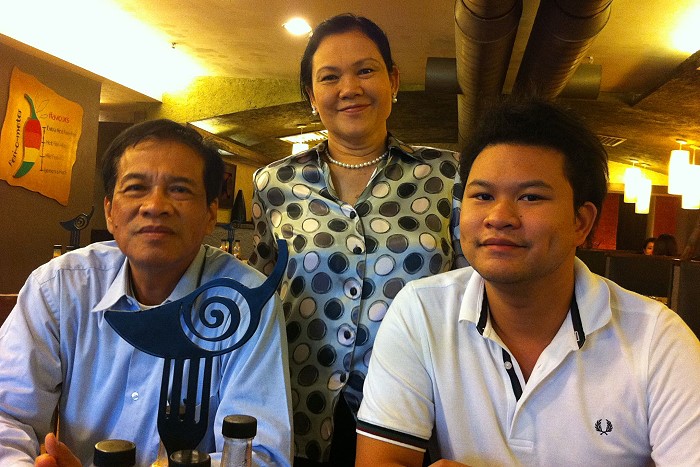 This is another picture of Lucky, Nui and Game.